Everyone needs rhythm.  Think, I got rhythm I got music – who could ask for anything more!

The simple round, skin-on-frame drum is a world-wide instrument dating back many thousands of years. Here at the Open Door Music School we teach the bodhran ( Irish Drum ) played with a small wooden stick called a Tipper. For Celtic bands the bodhran is the driving rhythm that gives that lovely beat to the music.

Join the groove and sign up for a bodhran lesson. 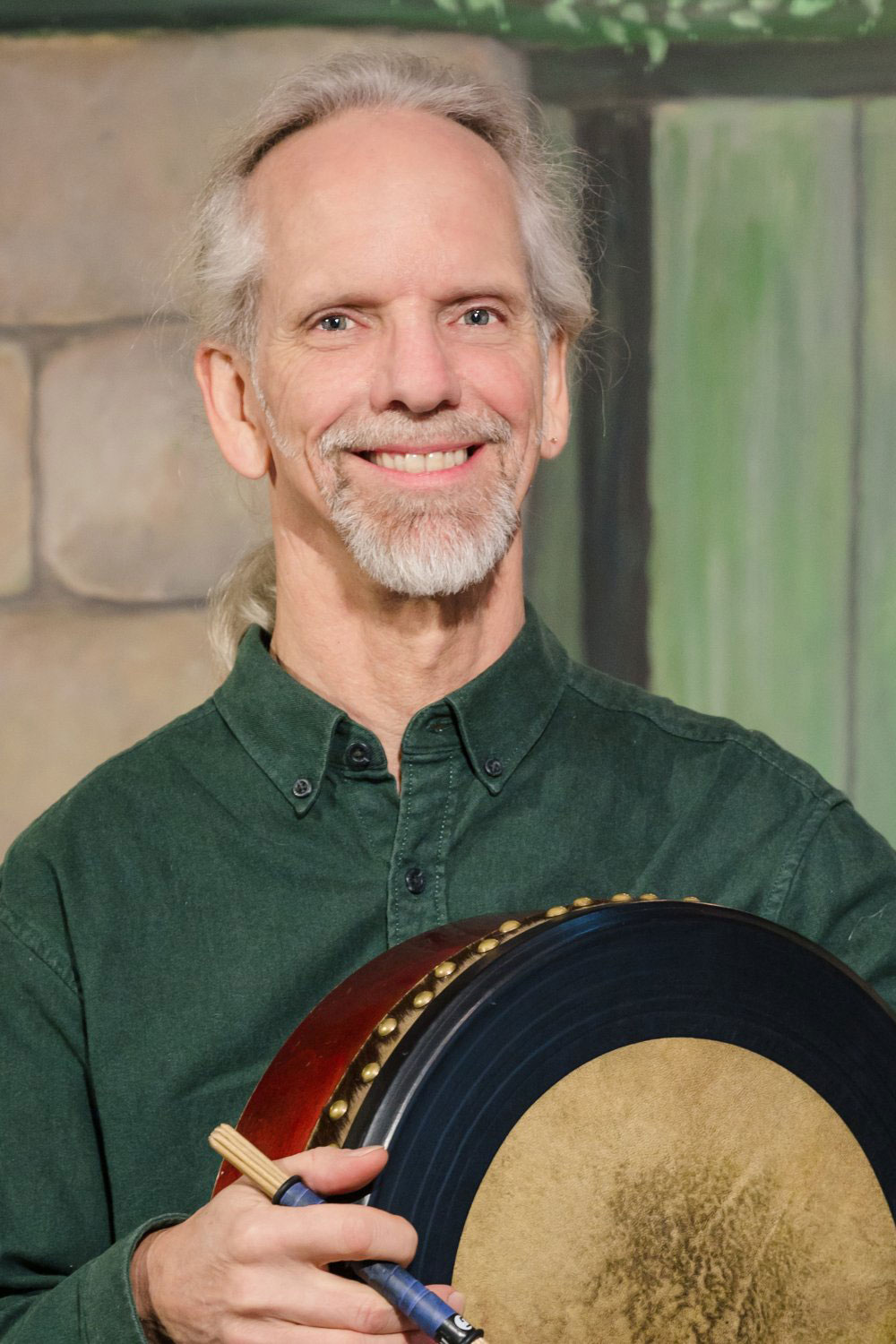 Michael Viens has taught Bodhran lessons in Vancouver at Celtic Traditions School of Music, now re imagined  as the Open Door Music School for the past 15 years. Michael is an all round musician who plays Bodhran, Guitar, Harmonica and has a great ear for harmonies perfected as a member of the acapella group The Melloyds. Michael brings this wealth of  experience to each of his lessons to tailor each guitar lesson to the style and ability of his student.

Michael is a stalwart member of the local Celtic music scene since joining the local Celtic band Blackthorn in 1995. With Blackthorn, he has recorded four CDs and performed at Concerts, Celtic Festivals, Scottish Highland Games and Irish and Scottish Ceilidhs throughout the Pacific Northwest. He has appeared as a guest artist with the North Shore Celtic Ensemble, Laudate Singers and Capilano University Choir.

BOOK A LESSON WITH MICHAEL
Go to Top